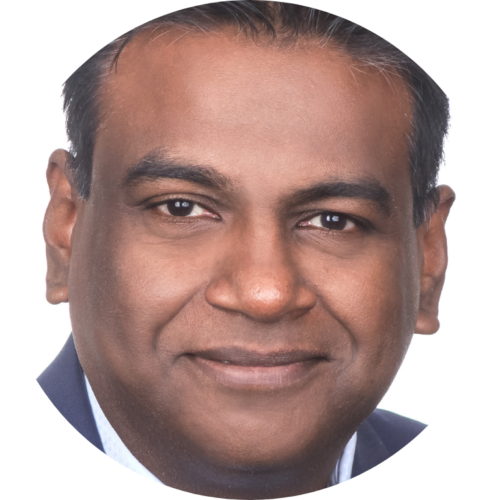 Dr Val Munsami holds a PhD in Physics, a Masters in Business Leadership, a Space Studies Program diploma, and a certificate in International Air, Space and Telecommunications Law. He worked in South Africa’s Secretariat for the Non-proliferation of Weapons of Mass destruction, managed the implementation of a suite of bilateral and multilateral science and technology agreements, was involved in the development of South Africa’s National Space Strategy and National Space Policy, and oversaw the establishment of the South African National Space Agency (SANSA).

Dr Munsami led the development of South Africa’s Multi-Wavelength Astronomy Strategy and the SKA Readiness Strategy for Africa. More, he conceptualised the model for the Pan African University Space Science Institute. He also chaired the African Union Space Working Group, which was tasked with developing the African Space Policy Strategy approved in January 2016. He was appointed the CEO of SANSA in January 2017 till his exit in February 2022. In addition, he was the Vice President of the International Astronautical Federation (IAF).

Dr Munsami is an academician of the International Academy of Astronautics (IAA) and sits on the Advisory Boards of the Space Generation Advisory Council. He also chairs the Committee of Heads of Organisations of Research and Technology (COHORT), comprising 21 science and technology institutions in South Africa. He currently chairs the IAF Administrative Committee for Developing Countries and Emerging Communities, and he was appointed the Chancellor of the International Space University.

All Sessions by Dr Val Munsami