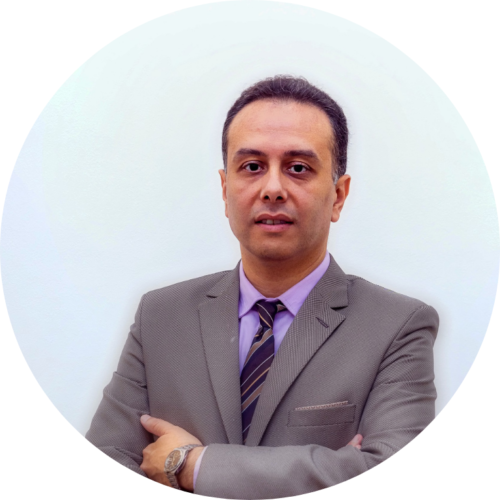 Member of Egyptian Space Agency Board of Directors

Dr Ayman Ahmed is the head of the Space Imaging division and a member of the Board of Directors at the Egyptian Space Agency. In his 20-year career with the Agency, he has led several space projects including the space plasma nanosatellite experiment- SPNEX, Moon village association first payload project – Vienna Austria 2021, the ClimCam project developed for installation onboard the  International Space Station, the development of a hyperspectral space camera for Earth Observation in 2021 and the implementation and launch of the first locally-made Egyptian satellite in 2019 to mention a few.

With over 35 research papers in international conferences and journals in space, satellite and artificial intelligence, Dr Ahmed is an award-winning expert in space and satellite engineering and communications. He was a member of the Space Generation Advisory Council for Egypt and the Middle East till 2015, a member of the African Union Space Working Group on the Development of the African Space Policy and Strategy, and was the North Africa Coordinator for Earth Observation Group, Afrigeo.

All Sessions by Dr Ayman Ahmed